My title is obviously a little spirited, if not sarcastic. When I saw the TV spot for NJOY electronic cigarettes starring the latter-day Lindsay Lohan, I oohed and aahed and I flat out rejoiced. I’m not sure why I have a tiny thing for the Hole front woman, but I do. I used to have these risque’ Versace ad pics plastered to the ancient refrigerator in my ancient apartment. 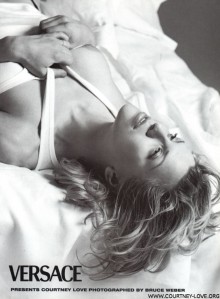 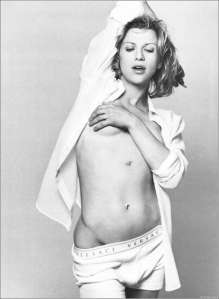 Love (Cobain) is one of those interesting people/actresses/rock stars to observe. One minute, she espouses great intelligence and in the next, she blurts out sentence fragments. Some how all of this chaos culminates in this commercial, f-bomb, bad-assery, and everything in between.

So, is this Courtney’s comeback? Is it clever casting? Or is it someone who needs a few bucks? I would say at least two of my three speculations are true. Guess which two and you win nothing! Late April Fool’s joke. A-ha! An April Fool’s joke! Take that Carrie Fisher and Stephen Dorff!