First of all, let’s get this out of the way.

Is it true I’m from Kentucky? Yes. Is it true I don’t root for the Kentucky Wildcats? Hell yes! Here’s what happened. I used to be a Kentucky fan. I loved Joe B. Hall, Kenny Walker, Dickey Beal, Melvin Turpin (RIP), Ed Davender, all of those early to mid 80s Cats. However, when I was in fourth grade, a certain player from Owensboro, Apollo High School’s Rex Chapman came along, and when a certain coach, Eddie Sutton took over, I decided to boycott Kentucky basketball. And at the time, it was the right decision. Because just after four years, UK became embroiled in recruiting scandal, Chapman bailed for the NBA, Sutton resigned, and the team was banned from post-season play for two years. During Sutton’s tenure, the Louisville Cardinals won a National Championship in 1986 against Duke; Jay Bilas’ swag was denied that night. Pervis Ellison, I’m just going to leave it there.

And when Rick Pitino took the reins of a flailing UK program, my resentment only grew stronger. To be fair, to this day and yes, Pitino is now at Louisville, I’ve always admired his coaching prowess. I just couldn’t get into the Kentucky love parade. Pitino led the Cats one title in 1996. I was a sophomore at WKU, and I watched the game with two Kentucky fans. I just knew when it was over, the campus would go nuts. I heard some happy screaming, but that was about it. It’s funny when you go to a school, yet you see a lot of blue around. It’s crazy, but there were Louisville fans there too, including me. I will always support my Hilltoppers. GO BIG RED! You lovable blob! 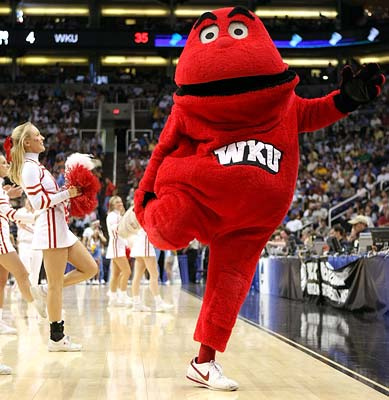 All right, this could take all day, so let’s just fast-forward to now. In the John Calipari era, my hate for Cats has hit new heights. By the way, was he always called “Coach Cal”? I don’t think so. Again, he’s a good coach, but there’s an air about him that is just irritating to me. And the fans? Don’t get me started! I will say this, UK fans are some of the most loyal in all of sports. Loyal, yet feisty over every win and loss. Calipari has also come under fire for his “one and done” recruits. It doesn’t bother me that much anymore, because I believe most of this year’s freshmen will be back. I could be wrong, but as amazing as they have performed in this years NCAA tournament, and if they would happen to lose the weekend OR in a title game, I would think they would all have the desire to keep going to school, and they would have the desire to get better as players and as leaders. Which leads me to this assessment… 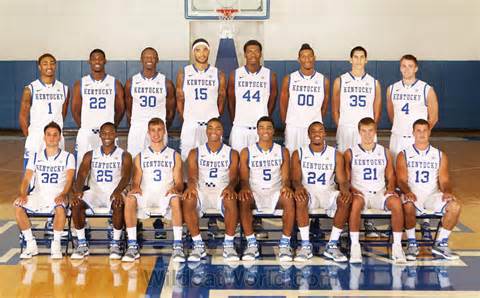 This team is legit. And if I ever decide to pay money in an NCAA tournament pool again (I will), I will never bet against the Cats. Why? They prove everyone, even their biggest haters like me wrong almost every damn time! I still think if Louisville had hit all of their free throws in the first half the other night, they would’ve won, but I’m not quite sure they could have beaten Michigan. But guess what? UK didn’t give up and they are back in the Final Four, and as much as it pains me to say, they might win their ninth championship.

Alas, if they don’t, I will celebrate.

Well Lord, it’s been about a minute since I blogged about Mother Monster. And well, I have my reasons. As far as I’m concerned, GaGa is in need of some reality. Ironically, there is some reality in her new short film/video for “G.U.Y.” Specifically, some reality TV stars. Since GaGa is supposedly a fan of Bravo, she asked the current Real Housewives of Beverly Hills, minus Brandi Glanville and new/soon to be gone wife Joyce Giraud, and Bravo big wig/Watch What Happens Live! host Andy Cohen to tag along on this puzzling adventure.

That’s a reverse angle and that’s literally all you see of Cohen as “Zeus”. Okay, I’m getting ahead of myself. This short film begins with GaGa on the ground, dirty, pierced by an arrow, and the track “Artpop” begins. You see as it turns out, this just isn’t a nice tight little video for “G.U.Y.” it’s a semi-promotional deluge of tracks from the album. To be fair, the only other track featured is “Venus”. It’s all a very weird set-up. As “Venus” plays, we see five of the seven housewives, clad in pink, and performing. I must say, Lisa Vanderpump (pink is her signature color) is impressive on the tambourine. She keeps the rhythm, and the sisters Richards play along on guitars, which made me think of some other guitar-playing sisters.

“Are they still alive?!?” (brianandjillshow.com)

The Del Rubio Triplets!!! What ensues is a typical GaGa video. Many outfits, wigs, a dance routine, and another sequence with Kyle Richards, Vanderpump, and GIGGY assisting GaGa with some sort of chic bank robbery. Honestly, a lot of the imagery reminded me of the “Poker Face” clip. Which brings me to my point.

The album was released back in November, yet up until this weekend, the only video released has been “Applause”. There is said to be a clip of the album’s second and I think the best pop-friendly single “Do What U Want” that was directed by photographer Terry Richardson, but for legal reasons, it was never really clear, the video was never released. Why wait all those months to release another single and video? I was thinking when Artpop was released, GaGa would go full steam ahead, and I’m NOT counting that Muppets special. And now, a new tour is in the works, dates have been set, and I fear no one, except the faithful fans will show up. Don’t even get me started on this…

Yes, I understand she is an artist doing the whole “art” thing, but honestly, this was sort of too much. WE GET IT! Millie Brown‘s esophagus, I’m worried. I just see another big side track in GaGa’s future. I know one positive I got out the new video. It reminded me I’m still a fan of her music. I need to pull Artpop back out I guess.