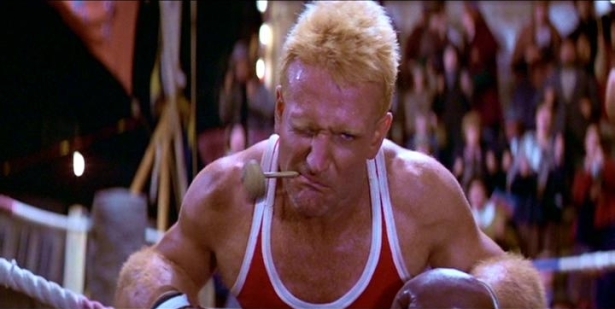 I hate to see the artists I love the most succumb to a life I thought was happy. Yeah, I know no one can be happy all the time, and Robin Williams certainly wasn’t. They say comedians do what they in order to hide a tremendous amount of pain. They are more tragic than comic. I’m glad I never saw that side of Williams, at least I haven’t seen all of the interviews where he openly discussed his struggles with substance abuse. It took the death of a friend and another comedian, John Belushi, and the birth of his first child to make Williams turn his life around. He did, he relapsed, he did again, and then this past Monday happened.

From what I’ve read, not only did Williams struggle with severe depression as of late, he was also trying to get his professional career in shape. He sold a house, and he took a starring role in the CBS sitcom The Crazy Ones, which was canceled after one season. The fact was, his professional career wasn’t necessarily in a downturn. He completed two films before his passing; The third installment in the Night at the Museum series, and a voice role in an upcoming holiday film, Merry Friggin’ Christmas. Needless to say, it’s been a while since the actor had had a string of box office hits.

To me, I’ve lost big part of my childhood. From my love of Mork & Mindy, to my obsession with his box office flop Popeye, and my endless quoting of Mrs. Doubtfire. This is just a sampling of an epic career with so much diversity. I was talking with my parents today, and I was shocked at how many of Williams’ movies they have never seen. Among them, Dead Poets Society, The Fisher King, Patch Adams (I haven’t seen it!), Good Morning Vietnam, but they had seen some of his darker films like One Hour Photo and Insomnia. Although he seemed manic in most of his public/TV talk show appearances, the man was improvisational genius. He was always tuned into the pop culture of the time. It only took one syllable, and he was off and running.

And that’s just one appearance.
I’m sad, but I’m so lucky I got to experience the comedy and the tragedy of a mastermind.
Farewell My Captain!

When I’m on Twitter, I miss most of the good tweets. Considering I follow 626 and counting users, the juicy ones can get lost quite easily in my feed. Such as this from Riot Grrl icon Kathleen Hanna in response to Miley Cyrus posting a photo of Hanna to her Instagram:

Hey @MileyCyrus so sweet you posted pics of me…have an idea for an album that only you are daring enough to make .

Not long after this was tweeted out, music nerds went ape shit! One of those being longtime music journalist Ann Powers:

@annkpowers You do have a point, but I’m a little iffy. Oh, it could be fantastic.

Obviously, I don’t wish this to happen. The biggest reason being, I question how well does Miley knows Hanna’s music and politics. My immediate thinking is, did Miley post that picture of Hanna with “SLUT” scrawled on her stomach because she really admires her or did she think “that’s really cool/dope/etc, I should try that sometime”? I’m still not convinced and maybe I never will be, that Miley is the heir apparent to the lady pop throne. I’ll give her credit, she’s made Lady GaGa virtually disappear from the radio. Oh, I’ve written one diatribe on why GaGa’s done, and I won’t write another one, although wouldn’t GaGa collaborating with Hanna make more sense? Sadly, that time has passed.

I’m not a fan of posers and I think Miley is working her way up to being the biggest poser in music history. And when I say poser, I mean in terms of her personal style. I’m not against her making HER music, which has surprised a lot of people, myself included. Do I think Miley is a genius? In terms of her image/creating a hype, yes, in terms of her music, I’m on the fence. Cyrus has set a huge bar with Bangerz and her current tour; can her momentum and her creativity last another five years? Right now it’s hard to tell. It’s obvious from Powers’ reaction, her fans are more diverse than ever, and maybe (and this is a soft maybe) a Kathleen Hanna collaboration would rock. Again, it’s the motive, if there is one, that worries me.

By the way, if you want an education on the riot grrl movement and on Hanna/Bikini Kill/LeTigre/The Julie Ruin, I implore you to watch the documentary The Punk Singer. It’s available to stream on Netflix. It’s twerk-free!