This post should really be a very honest and open letter to Jill. I’ve never liked Jill, and this season, her non-likeability is at an all-time high. I’m just glad the other Moms sit back and enjoy the crazy train. Oh Kendall, it will get better. 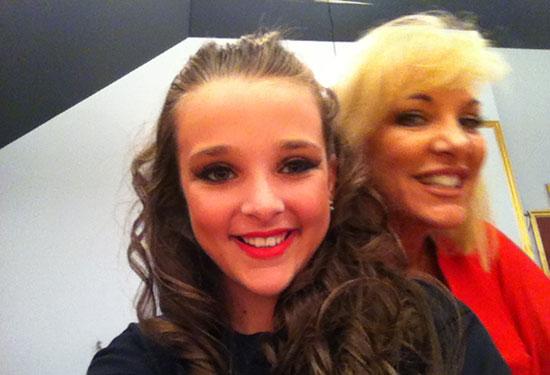 Like right there. Jill decided last week, or was it the week before, to take Kendall to get new head shots. It’s a fine idea, but yes, Jill had to bogart the last few takes. Who’s really the star here? All I know is the Dance Moms producers, which I’m sure by now Abby is one of them, they are evil geniuses. We all know Cathy is supposed to be the hated one, but really on the show, it goes both ways. Okay, let’s do a little bit of a recap.

Basically, last night’s second two-hour episode was dedicated to Abby sick of losing, and she decides to take her team to Cincinnati, Ohio for a competition and of course the Candy Apples will be there. The group number is entitled “Rosa Parks” and for some devilish reason, Abby doesn’t decide right away to give Nia the lead. Now before I get to the insanity, Abby decides Holly needs a fashion makeover. So naturally, Abby takes Holly shopping, however, what the hell is Jill doing there? She makes up some bogus excuse that she wanted “to be there” for Holly. Right. OH JILL, are you really trying to convince Abby that Kendall should have the lead or “special part” as she calls it AS ROSA PARKS?!? Correct me if I’m wrong, but I don’t think Parks was ever white. I guess I have to admire Jill for trying, but seriously? I love how Holly acts aloof  during the whole situation. She knows the real meaning of the story Abby wants to tell, and by the time we get to the number, Nia knows it too.

Oh let’s visit the Candy Apples for a moment. Cathy is convinced, once again, her boys will beat the ALDC girls. We actually got to see a little more of Vivi in this episode, and she was doing things besides mouth-breathing, like participating in a very short private lesson from her mother. Vivi also got to help Cathy shop for costumes for Jalen, who is the Maddie of the Candy Apples, and hell if Vivi didn’t try on the clothes. Not only is Vivi a “human prop” but she’s now in the early stages of transitioning. Way to go Cathy! In addition to getting occupation-based costumes for Jalen, Cathy brought in a choreographer whom I’m sure wasn’t cheap. Cathy claimed he had worked with “Jay-Z and Beyonce.” Whoa, it had better be good, but in typical Candy Apples fashion, things fell apart. You see, little Jalen was supposed to change costumes throughout his routine, and he couldn’t recover after his first quick change failed. His Dance Dad is something else; I just think it’s a little odd, but so is this entire series. Oh, and Cathy’s group number? “Candy Apple Style” Kill me now! My favorite part was when Jalen pulled one of these.

Chloe and Paige did a duet in mini-saloon girl outfits. And…they won! Gold star for Paige, finally. Maddie dressed as some type of match girl and she easily beat Jalen and Jalen’s meltdown. Now to Kendall, she worked with Abby on her facial expressions, and although she didn’t beat Maddie, she finished second, which is the best she’s ever done. One other annoying Jill moment, Mackenzie, who was “benched” this week for faking a foot injury, with Abby’s blessing, became the team’s make-up artist for the week, and of course Jill pissed on it and she didn’t think it was a good idea. Did I mention I don’t like her? Naturally, the climax of the episode was when the group performed their “Rosa Parks” number, with Nia as the lead.

And although the ALDC’s routine wasn’t quite as loud as Big Boi’s Mets jacket, it was classic Abby. Simple and theatrical, except when Brooke got lost at the end. Who cares? They beat Cathy! That’s all that matters. And while the post-competition wasn’t as catty, Cathy had two bodyguards with her, again, this is genius production.

I sense the season finale is soon, but next week, I think we are back to one-hour episodes. And I’m sure Kendall will still not be at the top of the pyramid.